Detox Order: Should I Cleanse, Drain, or Fast?

The second article in the Detox Articles archive is entitled Detox Order: Should I Cleanse, Drain, or Fast? The article describes the different methods used for detoxification purposes including cleansing, flushing, and fasting, as well as why it is important to get the order right.
The author is Jim Safianuk.
He is also the publisher at and owner of Orthocellular Nutrition and Exercise Incorporated.
The article entitled Detox Order is 740 words in total.
Toxins damage the body in a cumulative way. Heavy metals such as lead and mercury, pesticide residues, estrogen mimickers such as plasticizers, processed food additives, chlorine and fluoride byproducts, organic solvents, drug metabolites, and other toxic compounds accumulate in our tissues and wreak havoc on our normal metabolic processes.
Some of the symptoms that can appear when the body's detoxification system is overwhelmed include:
The Order is Important: Let's examine cleansing, flushing, and fasting independently to see if a logical order manifests itself.
The Safe Way is to do An Intestinal Cleanse First: For people who suffer from the effects of accumulated toxins, especially those with unexplained fatigue or muscle aches, and/or those who are overweight or obese, a regular daily and weekly cleansing program is recommended in combination with an effective nutritional support program. Refer to the section entitled Elimination System Cleansing in the Permanent Weight Loss Program for details.
There, we deal with cleansing the primary exit pathways, namely the colon, kidneys, skin, and lungs. These are the major routes of elimination that need to be clean and functioning properly before moving on to a deeper detoxification.
Flushing and Draining the Detoxification System is Second in Order: In the context of the Permanent Weight Loss Program and the Disease Prevention Program, detoxification is best left to near the end of each program. If the major routes of elimination are not clean and functioning properly, toxins will just back up and be reabsorbed back into the bloodstream, liver, and elsewhere in the body, which is undesirable.
To avoid this from happening, a regular cleansing program of the elimination system always comes first, which deals with the primary routes of elimination including the colon, kidneys, skin, and lungs. This may take three months or more. After this cleansing period, and depending on the time of the year, flushing of the detoxification system can implemented that includes a kidney flush for softening up stones, followed by a liver and gallbladder flush.
So, the Seasonal Drainage and Detoxification Program deals with protocols and methods that impart a deeper drainage of the detoxification system proper, which includes the kidneys again, as well as the liver and gallbladder, and perhaps even the bloodstream and lymphatic system.
Fasting is Best Left for Last: For centuries, many people have used fasting, which is abstaining from all food and drink, except water, for a specified period of time, as a means of cleaning out the body. However, for some people it may be dangerous to go on a strict fast, or even a juice fast, without proper support.
Since many toxins are fat-soluble and stored in fat cells, if you abstain from food, your body will get its energy by burning its fat reserves. But when the cells burn that fat, they also release the toxic substances that they have been storing. As toxin levels in the blood increase, so does the risk of serious damage to tissues, especially the brain and nerves.
So, instead of eliminating toxins, fasting sometimes simply moves them from fat cells into more active tissue such as the liver and brain. Another concern is, if you fast, you are not getting the nutrients you need to keep the body's internal detoxification system running. Your liver needs a steady supply of proteins, vitamins, and minerals to produce the substances that make detoxification happen.
Furthermore, in a typical fast you are not ingesting fibre, which helps the body eliminate toxic substances excreted in the bile. Fibre is a biological trash hauler, grabbing toxic molecules and helping to dump them out of the body.
Alert: Therefore, in the context of the Permanent Weight Loss Program, fasting is not a good method for those who are quite overweight or obese. Dropping the weight too quickly during a fast would emulate a starvation diet, which is undesirable. This would also dump too many toxins too quickly into the bloodstream. The overweight and obese have a lot of fat-soluble toxins stored in there adipose tissue.
In light of the above, fasting would be a better modality to use for seasonal drainage and detoxification purposes after the client has normalized his/her weight to within 10% of his/her set point. It can be used later in the Disease Prevention Program since these clients are not overweight, but after they have gone through a 3-month cleansing program for the primary emunctories. Refer to the Disease Prevention Program for complete details about fasting, as well as the separate program entitled Seasonal Drainage and Detoxification Program.
That said, juice fasting is great to incorporate in the Flushing the Detoxification System mentioned above.
Again, The Order is Important: As you can see, the order is indeed important and must not be neglected. The following logical order flows from the above analysis for almost all adults who enter into a detox program for the first time after a long period of weight gain and the consumption of processed foods over the years:
In light of the above facts, yes the order is important. Very important indeed!

For Additional Information: Beyond the Detox Order

If you feel you are ready for a Detox-only Program, head over to either one of the following pages now to find out how to get started:

Return to the top of this page: Detox Order

Go back to the past articles page: Past Detox Articles

Return to the detox articles page: Cleansing and Detoxification Articles

A call for a Canada based on caring for the Earth and one another is the message on this organization's site.

Click on the above logo to read the manifesto and then sign it.  Orthocellular supports this initiative because it is about positive change for the people and the environment that we all share. The changes need to start now! 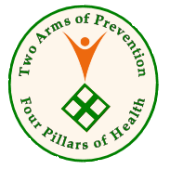 Click one of the thumbnails below to view a series of photos taken on the Bruce Trail and Georgian Bay.

Sleep Restoration A to Z

Paid E-course
Link to it below!

The Preventative Way with
Mr. Prevention

On The Preventative Way page we reveal a number of scientific facts related to how we function at the cellular level to keep our bodies healthy. Visit this page often as new facts, quotes, videos, tips, and traps will be added from time to time.

Go to: The Preventative Way

Disclaimer: The statements made on our website have not been evaluated by Health Canada. If a program, service, product, protocol, routine, technique, or method is recommended in these pages, it is not intended to diagnose, treat, or cure any disease. The information provided by this website or by Orthocellular Nutrition and Exercise Incorporated is not a substitute for a consultation with your physician. In addition, the information contained herein is meant  to be used to educate the reader only and should not be construed as individual medical advice.